COURSE OVERVIEW This is an introductory-level course. So if you are new to GIS, new to FOSS GIS or are experienced in other GIS software and want to find out how to do your work in Quantum GIS, this course is for you. The course is offered by Gavin Fleming of Afrispatial and FOSS GIS Academy. QGIS 23–25

The DIMACS/MBI US – African Initiative is presenting a Clinic on the Meaningful Modeling of Epidemiological Data from 24 May to 4 June 2010 at AIMS.

Pioneering work using satellite systems to monitor and measure groundwater in Hermanus in the Western Cape could be developed and applied to other South African groundwater projects, using local and international expertise.This concept formed part of the discussions at a recent workshop, the second in a series of three, on developing and applying Global Navigational 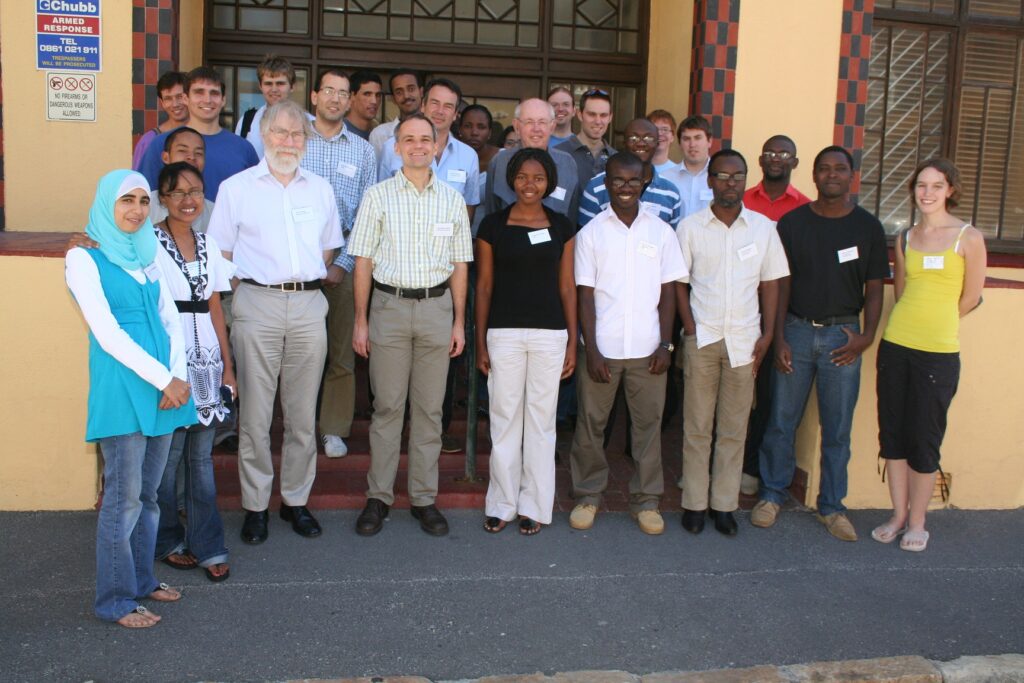 18-20 February 2010 The AIMS Research Centre was launched in May 2008 with Mathematics in Finance as one of its three initial focus areas. Preceding the launch of the Research Centre a very successful summer school and research workshop in Mathematical Finance was held at AIMS from 18 to 23 February 2008. This is the 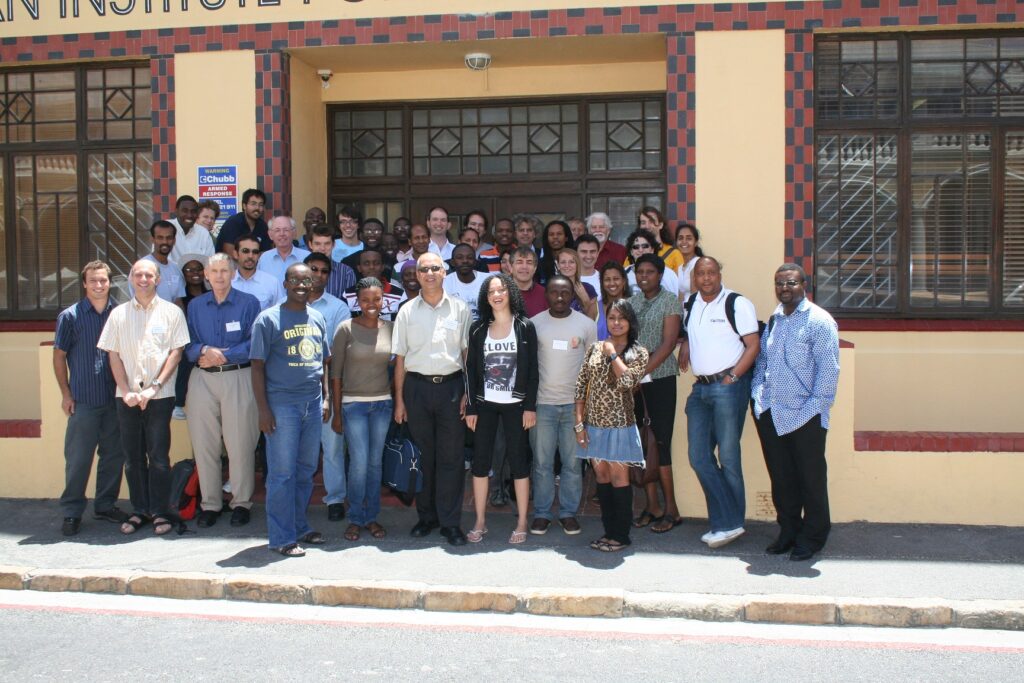 25–30 Janaury 2010 The JEDI international research workshops are group-based research collaborations funded by Royal Society-NRF bilateral exchange. The meetings facilitate direct exchange of skills and expertise in cosmology by bringing students, post-docs and staff together in an informal but intense research environment to tackle unsolved cosmology problems. JEDI4 will be hosted at the AIMS Research Centre

Professor Yaozhong Hu (University of Kansas) will give a series of lectures on Rough Path Analysis from 8–11 December 2009.

20 to 24 July 2009, a course organised by Umvoto Africa and presented by Professor Calais of Purdue University was held at AIMS.

A short course entitled: “Introduction to the Applications of Mathematics in Biology and Medicine,” was jointly hosted by SACEMA and AIMS. It was attended by 49 South African students. Some course notes are available from a SACEMA.