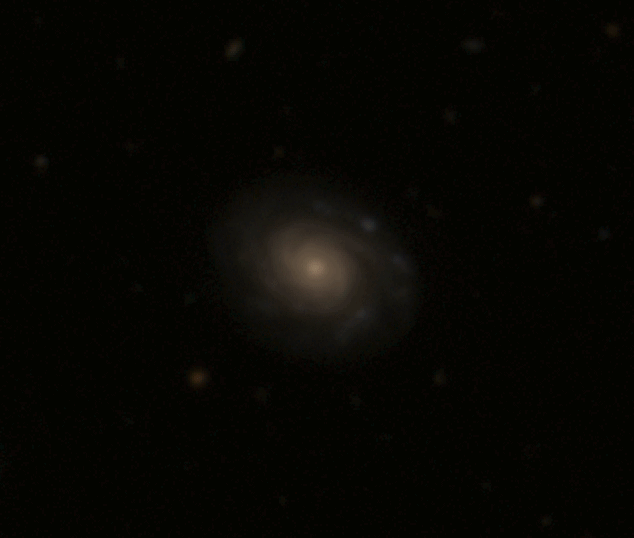 Figure1: Left: Before image of the host galaxy. Right: the exploding supernova is clearly visible in the left of the galaxy. The supernova has the label: DES13C1feu and fades over about a month.

A research team in the Western Cape has confirmed the discovery of two supernovae using the Southern African Large Telescope (SALT) at Sutherland. The team used candidates supplied by the international the Dark Energy Survey (DES) which will, working hand-in-hand with huge telescopes like SALT, put the most precise constraints on the composition and expansion of our Universe to date.

“This is a very auspicious start to South Africa’s involvement in one of the most important cosmological surveys in the world today. Over the next five years the Dark Energy Survey will discover several thousand potential supernovae. Confirming their identity is critical to the success of the project” said Dr Mat Smith, from the University of the Western Cape, who led the analysis of the supernova data.

Supernovae are exploding stars that are so bright that they can be seen across the observable universe. “By following supernovae as they explode and then fade we can figure out how far away they are and by doing this for many different supernovae, we can map how the expansion rate of the universe is changing with time” said Eli Kasai, a Namibian PhD student involved in the project and based at the African Institute for Mathematical Sciences (AIMS) and the University of Cape Town.

He continued by saying: “These supernovae, in combination with other cosmic probes, will put the tightest constraints on the nature of the Universe, until the Square Kilometer Array, the world’s most powerful radio telescope, is built in South Africa, Namibia and several other African partners.”

Supernova are detected by looking at the same patch of sky for variable objects, on a regular basis. However, while the DES team is able to find a many objects that were not there before, the vast majority of these objects are asteroids, variable stars and even the black holes in the centre of galaxies, which can mimic the appearance of a supernova.

“The only way to definitively classify a supernova is to use a large telescope like SALT to split the light into its colours and study it’s spectral features. Using this technique, researchers “fingerprint” and classify the supernova. However, each supernova can only be seen for a couple of weeks. This is where SALT is invaluable. It’s huge mirror allows us to see very distant objects and sophisticated abilty to rapidly target objects allows us to respond as soon as we have a viable candidate” said Dr Steve Crawford, of the South African Astronomical Observatory.

“The thing that is hard to understand about cosmic acceleration” said Prof Bruce Bassett, one of the team members from AIMS, SAAO and UCT, “is that the Universe should be slowing down, not speeding up, so it’s a complete mystery. It is like visiting your grandmother one Sunday expecting a sedate tea, only to find her hosting a massive techno party with everyone high on speed. It’s really surprising!”

The first supernovae detected with the Southern African Large Telescope (SALT) are designated DES13C1feu and DES13X1kae. They exploded approximately 900 million and 1.8 billion years ago, respectively. “These explosions occurred hundreds of millions of years ago, long before dinosaurs existed on earth, but the light from these cosmic explosion has only just reached the Earth, to be seen by the Blanco telescope in Chile, two weeks ago.” Said Mat Smith.  The supernovae were then observed by SALT and classified as supernova in under a week, highlighting the quick turnaround required to carry out this ambitious international science project.

The project team consists of researchers from the University of the Western Cape (UWC), the African Institute for Mathematical Sciences (AIMS), the South African Astronomical Observatory (SAAO) and the University of Cape Town (UCT) and uses the Southern African Large Telescope based at the Sutherland observatory. SALT is one of the largest optical telescopes in the world (http://www.salt.ac.za). The Dark Energy Survey is a five-year international cosmology collaboration using the CTIO telescope in Chile (http://www.darkenergysurvey.org).

Figure 1 contains two images of a distant galaxy before and after the explosion of DES13C1feu in one of the spiral arms. The supernova is approximately as bright as the entire galaxy, so it can be seen at vast distances. Figure 2 shows the “finger-printing” process: the SALT spectrum for DES13X1kae in black with the best-fitting template over-plotted in red, used to classify it.  Figure 3 shows a zoomed in image of the supernova DES13C1feu, indicated with the arrow.

Figure2: SALT spectrum for DESX1kae. Over-plotted in red is a template spectrum used to classify the supernova.

Figure3: Zoomed in image of DESC1feu, highlighting the supernova in one of the spiral arms. For a brief time the supernova – a dying star – can be as bright as the 100 billion stars of the host galaxy.