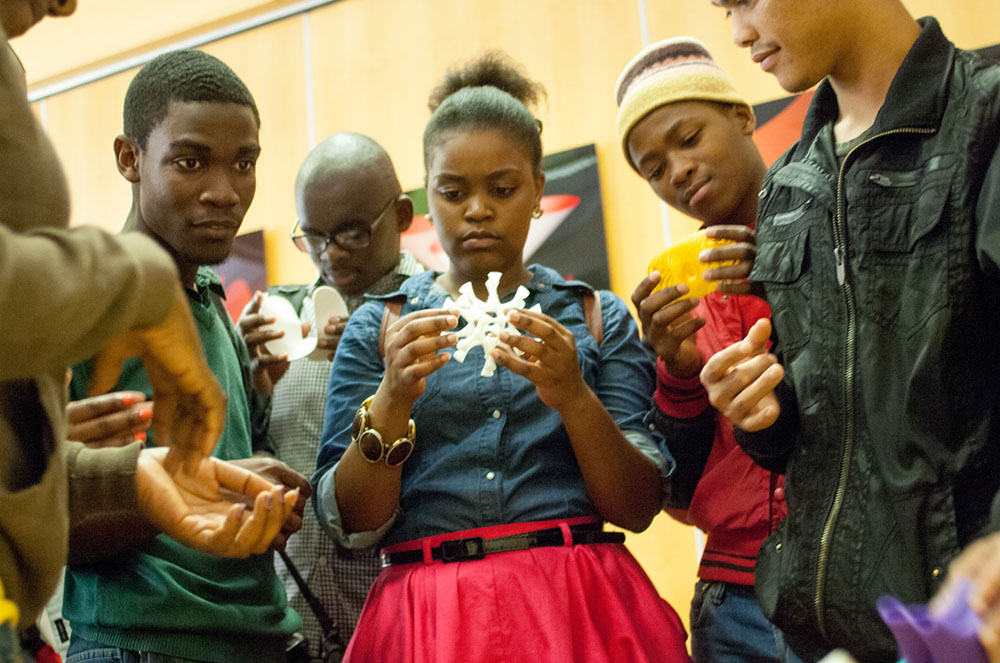 The recent decade has seen the proliferation of the ‘public engagement’ agenda and the calls for actions from various governments and scientific institutions for scientists to engage with the broader society across a range of platforms as reflected in the science-policy frameworks, both in Africa and globally. For the Department of Science and Innovation Science Engagement Strategy and the 2019 White Paper on Science, Technology and Innovation, public science engagement in South Africa is positioned as a mandatory activity for scientists and organisations that receive public funding.

But what are the factors that motivate and/or deter scientists’ interest and willingness to participate in Science Engagement activities such as science festivals?

While numerous studies that address this question were done almost exclusively in the developed world, little attention has been paid to scientists in the developing world. That said, the global studies on the public communication behaviour of scientists may provide valuable insights that are also applicable to the local context. Nevertheless, it has been shown that there are country-specific science communication challenges and barriers that may influence scientists to engage with the broader society.

The recently published paper on Why scientists agree to participate in science festivals: Evidence from South Africa provides practical insights into country-specific motivations for scientists to engage with a diverse range of audience in South Africa’s annual national science festival, Scifest Africa. Forty scientists who participated in the science festival in 2019 were surveyed. The research findings showed that objectives of informing, exciting and inspiring the public were key motivators. Furthermore, additional factors linked to the legacy of apartheid in South Africa and current growing societal challenges inspired a strong moral obligation amongst most scientists to give something back to society through inclusive platforms such as the Scifest Africa. In particular, for black African and/or female scientists, being role models was a key motivating factor. Below are some of the comments from scientists who participated in this research:

“Being a young black female in South Africa after apartheid motivates me to participate in science communication because, before freedom, these opportunities were not available to black people. Now that they are available, I want to grab them and run with them and bring more black people with me.”

“When research is paid using taxpayers’ money, the public has a right to know how their money is being used. Also, we, as scientists, owe it to everyone to expose them to the amazing opportunities that science can give you.”

Time constraints and uncertainty about effective engagement with the public remain key concerns for South African scientists. These concerns could be linked to a lack of institutional recognition and support for public engagement work, as well as a general lack of training opportunities that equip scientists with effective public dialogue skills:

“It is time-consuming and demanding to man an exhibition, but we are not paid for this and no one accounts for the productive time lost.”

“Interacting with people who deny science due to a predisposed ideology and who will not accept factual evidence.”

As science festivals continue to grow in number, size, and scope in South Africa and globally, opportunities for scientists to get involved will also increase. The findings of the study further offer practical insights to help funders and organisers of such festivals to sustain and expand scientists’ participation. They highlight the need for relevant stakeholders (e.g., universities, research institutions and other science engagement entities) in South Africa to build expertise and provide continuous support to improve scientists’ participation and effective delivery of science communication and public engagement activities.

Public Engagement has always been integral to the vision and mission of AIMS. The findings from this study are imperative for us at AIMS. Our scientists are key actors in promoting mathematical sciences and its applications across Africa, showcasing the work of AIMS, encouraging young Africans to pursue STEM, and increasing the participation and retention of women and girls. said Dr Rejoyce Gavhi-Molefe, House of Science Manager.