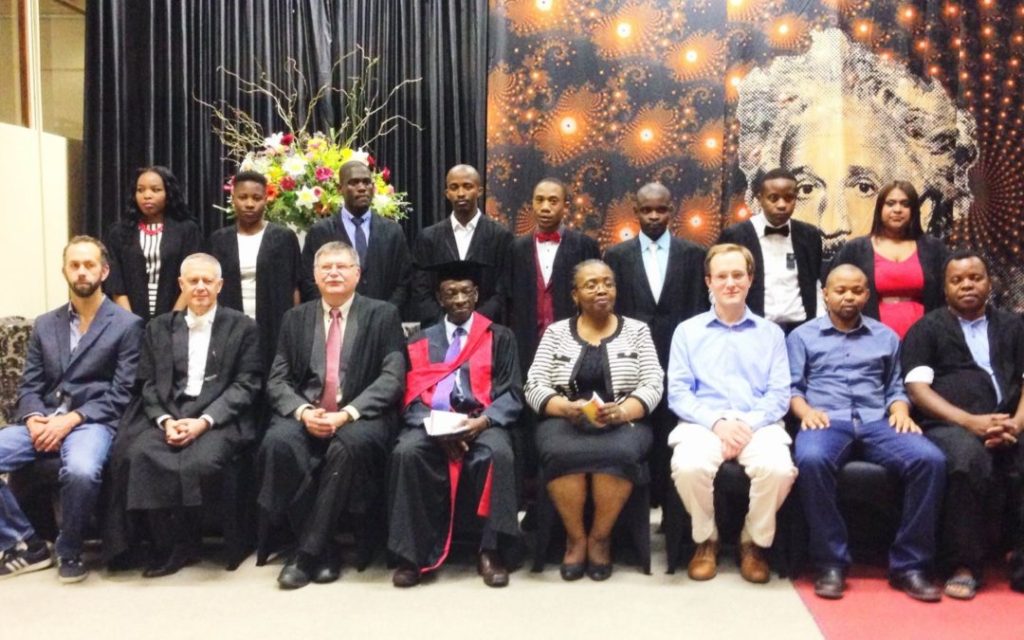 AIMS South Africa has acknowledged the success of its third group of South African students at a special Recognition of Achievement Ceremony which was held today, 27 November 2014.

The guest speaker at the event was Professor Francis Benyah, from the Department of Mathematics and Applied Mathematics at UWC and member of the AIMS South Africa Executive Team who said, “AIMS is a unique environment, it has the ability to fill in the gaps and create a strong foundation for its students.” He encouraged the students to have a dream, “Initially it need not be very big, AIMS started as one centre and now it has grown. Your dream can brighten a small corner somewhere, look around you, there is always a chance for us to make something better. If you can follow up on your dream you could well be on your way to becoming the next Einstein.”

The student address was given by Ms Valentia Boledi Tlomatsana, from Ekangala, Gauteng Province. “This year has been a tough but enjoyable journey for us all. AIMS has taught me to be patient with myself and what it means to be African. AIMS enables young Africans to advance maths and science in Africa for a brighter future.”

Guests were entertained by the Hout Bay Music Project, a project which began in the same year as AIMS, when one motivated individual, Ms Leanne Dollman, responded to the absence of music development opportunities for disadvantaged children and started the project. The children are invited to entertain and showcase their musical achievements at various functions and the funds raised are used to help pay for scholarships.