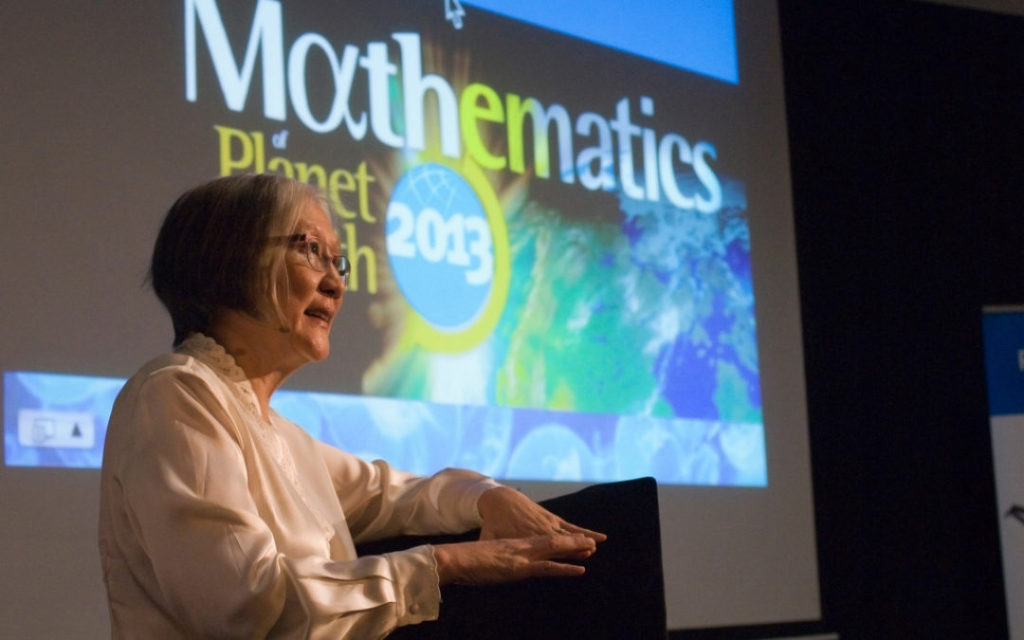 This lecture held on Tuesday 26 March 2013, was hosted by AIMS South Africa and sponsored by the Simons Foundation. It formed part of the Mathematics of Planet Earth 2013 year (MPE2013) – an international initiative of over 120 scientific societies, research institutes, universities and organisations.

Climate scientist, Pro. Inez Fung from the University of California, Berkeley, described the underlying science and mathematics that drives changes in our weather patterns in her talk titled “Climate Math”. During her lecture Prof. Fung reviewed the basis of climate modelling with an emphasis on new challenges in projecting future climate change. The sold-out event attracted members of the public, scholars, students and lecturers from other universities as well as AIMS students.

A special tea was also hosted by AIMS for Prof. Fung on Monday 26 March 2013 giving her the opportunity to meet with students and staff.