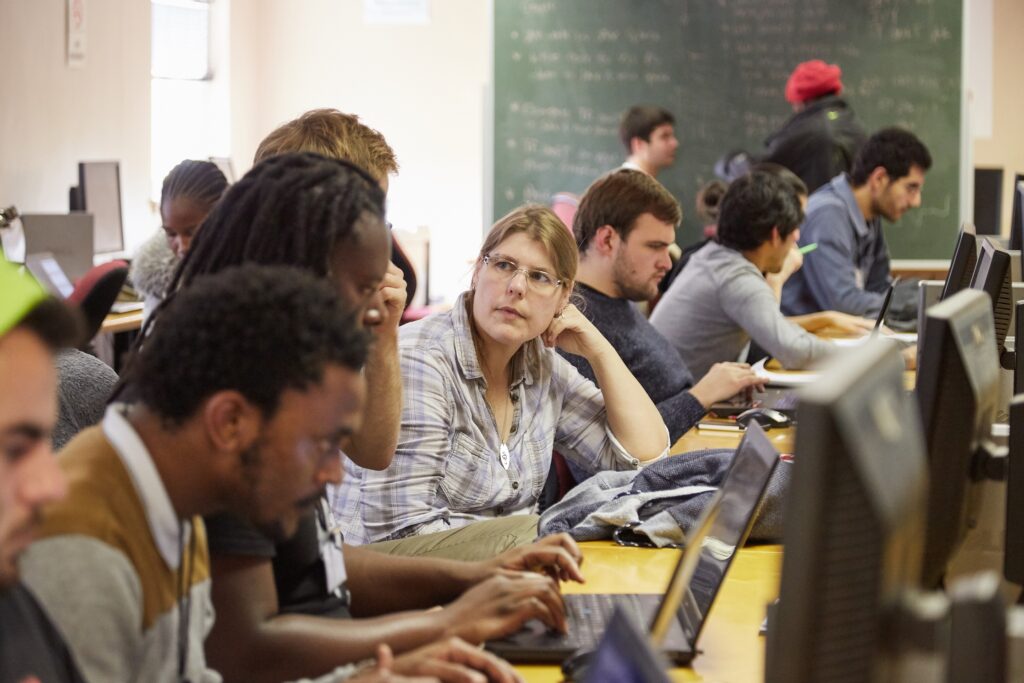 The SETI skills development workshop will be hosted at AIMS from 3 to 7 July 2017 and will introduce participants to the challenges affecting all new astronomy projects, such as incredible challenges in weak signal detection, data and image processing, as well as big data online processing.

As more and more extra-solar planets are discovered, the question of whether or not there areother intelligent life in the universe is still unanswered. SETI research is one of the most interesting, challenging and cross-cutting science fields begging for young, innovative ideas. We are inviting participants from scientific, engineering and technical fields to combine skills and join us at a workshop hosted at AIMS from 3 to 7 July 2017 where participants will be introduced to the development of instrumentation, software and science strategy for the search for intelligent life on other worlds.

The workshop will be focused toward Masters and early Doctoral students from across varied disciplines including all applied sciences, space sciences, computer science and engineering departments at tertiary and research institutes. Prior astronomy research experience is not a prerequisite. It is however essential that the student participants have some experience with using Linux, possess basic Python
programming skills and have a well defined mathematical base.

Number of workshop participants are limited to 20 only. Applicants are therefore requested to submit a brief motivation (up to 200 words), as well as a recommendation from their supervisor. Please remember to include some information on your current research and interests.

Please click on the link below to register for the event.

In 2012, after a nine-year bidding process, South Africa, together with eight African Partner Countries and Australia were named as co-hosts for the Square Kilometre Array (SKA), one of the most ambitious international scientific projects of our time. The SKA will be powerful enough to detect radio waves from objects millions or even billions of light years away from Earth.

Scientists expect that the SKA will make new discoveries that we can’t even imagine now. They may even find life elsewhere in the Universe. SKA SA is proud to host the first SETI Skills Development Workshop in partnership with AIMS and the Berkeley SETI Research Center. The future of the African Continent depends on our development of talented scientists who can take up the opportunity to develop new technologies and innovative solutions for challenging problems. The SETI Skills Development Workshop aims to introduce participants to a range of challenges from working with complex science instruments to processing the large amounts of data produced by projects such as the search of extraterrestrial life.

In July 2015, the Breakthrough Prize Foundation announced the “Breakthrough Initiatives” – a series of large scale science programs to explore the possibility of other life in the universe. The first initiative launched was “Breakthrough Listen” – a 10-year effort to search for evidence of intelligent life among the nearest stars and nearest galaxies. The Breakthrough Listen program uses some of the largest and most sophisticated telescopes on the planet, including the 100m Green Bank Telescope in the United States and the 65m Parkes Telescope in Australia.

A key component of Breakthrough Listen is the public availability of both observational data and analysis software. During the AIMS SETI Skills Development Workshop, workshop participants will have the opportunity to learn more about the Breakthrough Listen program, download and examine observational data collected with the program and perform searches for signals of interest.