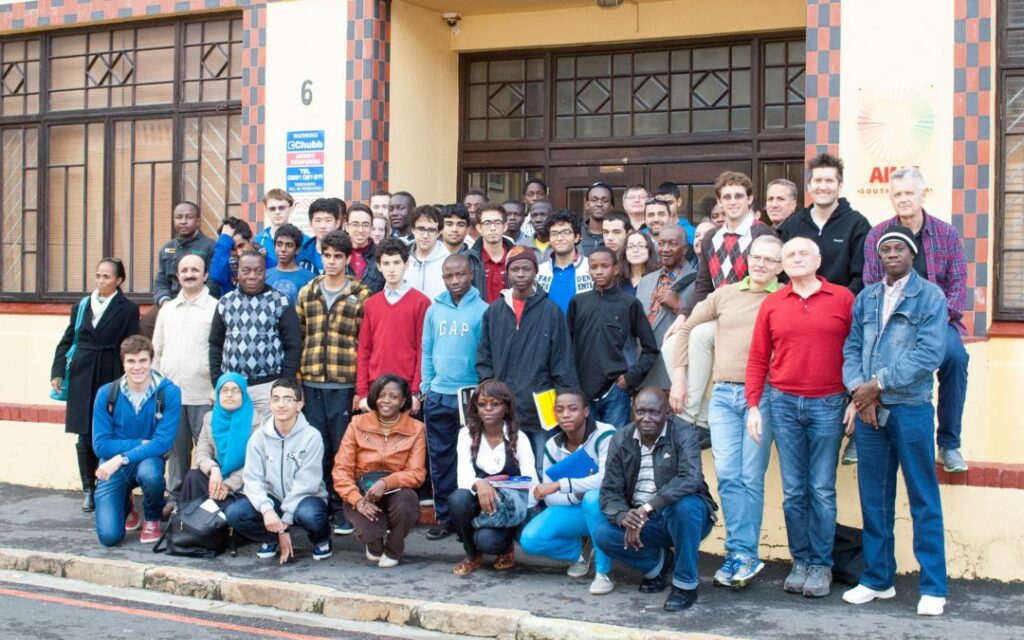 58 contestants from 12 African countries gathered at AIMS South Africa for a final training camp before they had to solve six mathematical problems within nine hours during the International Mathematical Olympiad (IMO) at UCT on 8 and 9 July.

The IMO is the world championship mathematics competition for youths under 20 hosted by a different country each year. “This is the first year in the history of the competition that so many African countries participated,” said Prof Johann Engelbrecht, Executive Director of the South African Mathematics Foundation (SAMF), the organisers of this year’s IMO.

Team members (all high school learners) from Benin, Burkino Faso, Gambia, Ghana, Ivory Coast, Morocco, Nigeria, Tanzania, Tunisia, South Africa, Uganda and Zimbabwe attended mathematical lectures in preparation for the IMO from 30 June to 6 July.  They also reviewed previous IMO papers to ensure that they were exposed to as many as possible mathematical problems and could practice how to get to the answer with the best possible solution.

Prof Barry Green, Director at AIMS explained, “At this training camp ahead of the IMO we provided an opportunity for the contestants to sharpen their mathematical skills individually whilst being in a group environment.He went on to say that activities such as the IMO help identify, encourage and promote mathematical talent which is the main ingredient for new advances in computational science, big data, statistics and modelling which lead to growth and development. “Recent research on the value of mathematical science shows that the direct effect of practitioners from these areas can contribute between 20 and 30 percent of total employment and is a critical foundation to the success of a country’s economy.”

“It is great to see the growing participation of African countries for the IMO,” concluded Prof Green. “It is the mission of AIMS to enable Africa’s outstanding mathematical science graduates to flourish as independent thinkers, problem solvers and innovators capable of propelling Africa’s future educational, scientific and economic self-sufficiency.”