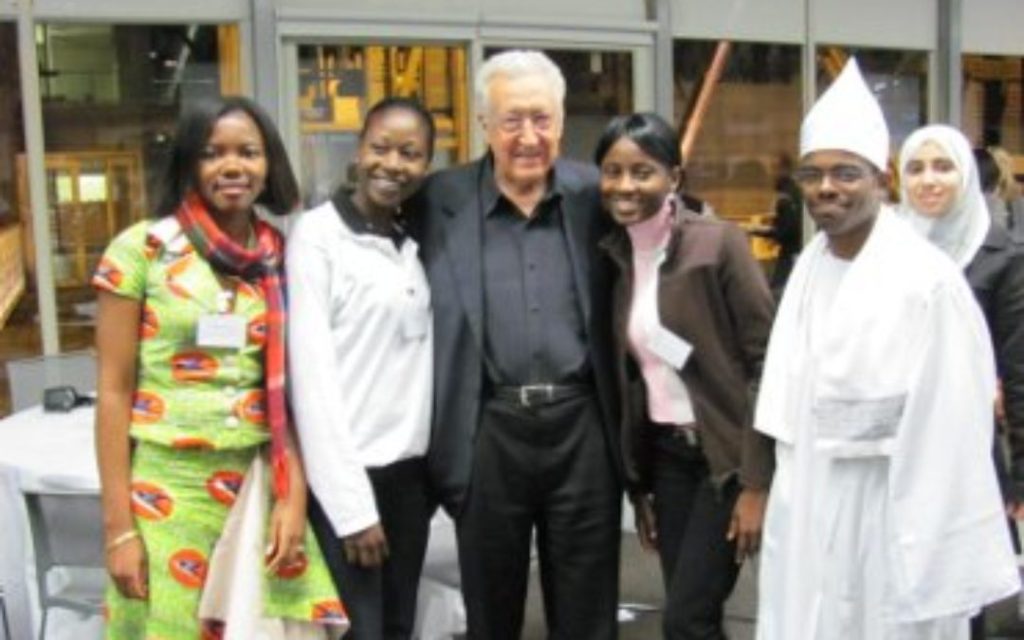 Ten AIMS students were among the eighty young Africans selected from eight different educational institutions invited to meet with The Elders in Johannesburg on the 29th of May. Originally brought together by Nelson Mandela in 2007, The Elders are eminent global leaders who no longer hold public office. The group includes Martti Ahtisaari, Kofi Annan, Ela Bhatt, Lakhdar Brahimi, Gro Brundtland, Fernando Henrique Cardoso, Jimmy Carter, Graça Machel, Mary Robinson and Desmond Tutu. Nelson Mandela and Aung San Suu Kyi are honorary Elders. The Elders voice their concerns on worldwide crises such as the humanitarian crisis in Zimbabwe.

The meeting aimed to harness some of the energy and excitement that is being generated through the hosting of the FIFA World Cup in South Africa. The theme of the meeting was “A Game Plan for A Winning Continent”. A group of students sat with each elder to discuss a diverse range of topics including Africa’s culture and heritage, environment and climate change, democracy and good governance, education, gender equality, poverty and development, and resolving conflicts in Africa.

The AIMS students speak of how inspiring it was to participate in such an extraordinary event:

Says Ludovic (Cameroon): “It was great. We really enjoyed discussing ideas with The Elders. The very fact that they wanted to hear from us made us feel kind of important and capable. I came away with such humility. It makes one realise that these are just ordinary people who make us feel we are capable of achieving great things. I was very inspired.″
Ivy from Ghana sat with Graca Machel, the former Minister of Education in Mozambique:

“She made a huge impression. She is passionate about primary education and the development of women and children. I feel passionate about those things too.” AIMS student Laila, who was part of a group discussing gender equality with President Carter said: “What I’d like to do when I go back to Morocco is to organise an Association Of Women that helps women finish school, further studies and encourages them to do scientific research.”

The meeting inspired many students to make a difference in their countries. As Faris (Sudan) explains: “Before going to this meeting I thought that the situation in my country was hopeless and there’s no point talking about it. But now, after sharing, we are educated now and I feel confident that we can make changes.” Says Frederic, “I could see how these people really have Africa close to their hearts. I feel I’ve gained a kind of hope that I can do something good too. I feel I’m capable that I can contribute in some way.”